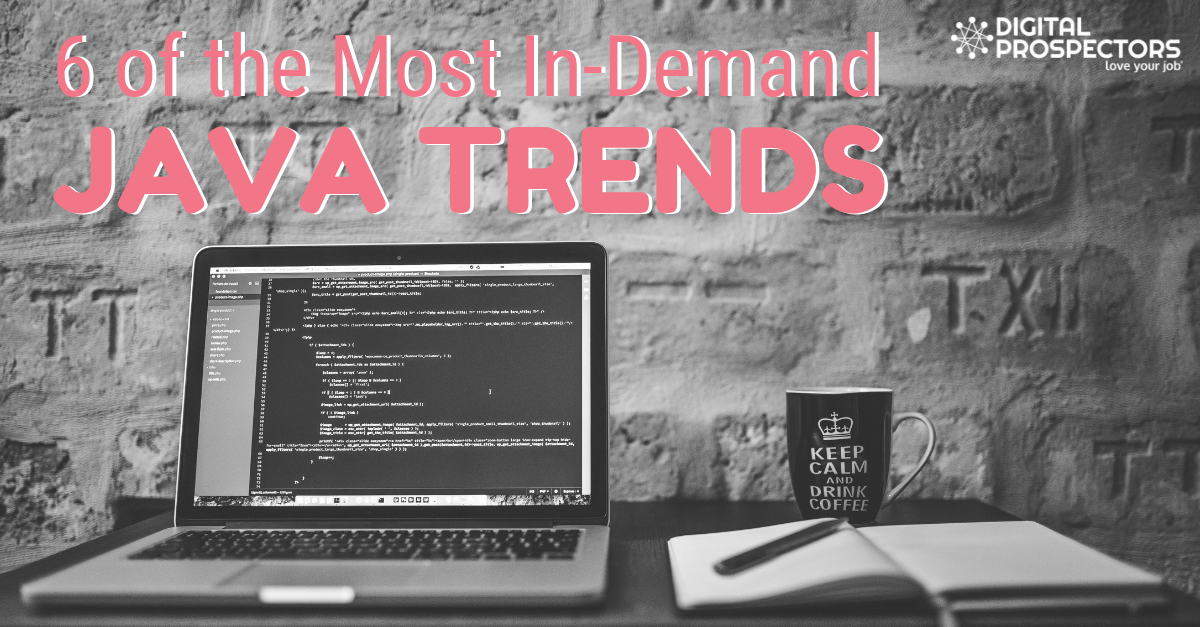 6 of the Most In-Demand Java Trends

Well into its third decade of existence, Java remains one of the most popular and widely used programming languages in the business world. Especially suitable for interactive websites and even some embedded applications, it’s also Google’s official language for Android mobile development. If you are a Java expert, career opportunities abound.

In an evolving software engineering scene, it’s important to keep abreast of any changes in the Java universe. With that in mind, here are a few of the latest industry trends related to the programming language. Leverage this knowledge to position yourself for continued career growth.

As we noted earlier, Java positions remain plentiful in a variety of industries. In fact, there are more job opportunities than new computer science graduates. It helps foster a rewarding career path for interested developers.

Related to that last point, the demand for experienced Java programmers is showing no signs of slowing down. U.S. Department of Labor statistics reveal nearly 200,000 new software developer positions being created within the decade. In short, don’t expect your Java skills to become obsolete.

Programmers are known for being interested in the latest technologies and programming languages. Even with Python and Swift growing in popularity, Java still ranks near the top of many developer surveys. Perhaps its popularity is related to those high salaries?

Java Is Not Just for Web Development Anymore

Long one of the most popular server-side programming languages, Java also sees wide use in mobile development. That official Android status apparently pays dividends. It’s also popular for open source projects ranging from the desktop to browser and even embedded system.

While JavaScript is a different language than Java, similarities in syntax make it easy to move between the two. This is good news since JavaScript is arguably even more popular these days, being the front-end web development language of choice for many shops. Java is also similar to C#; allowing developers to easily work on .NET projects when necessary.

When you need advice on taking your tech career to another level, speak with these wise recruiters at Digital Prospectors. As one of the top technical staffing agencies in New England, we know the companies looking for talented IT professionals. Connect with us soon!